Sarawak initiative to revive the interstates team championship is very much applauded. The ever productive Sarawak chess association president Lim Kian Hwa to organize and to give free board and logding seem unheard off.I don't remember when was the last time Malaysia Chess Federation came with that.To host such an event is small thing but the worked to find sponsors is a nightmare and I congragulate Sarawak chess for their big effort.

From the list of the participating team they are ten team confirmed their entry for the championship.All states are represented except for Terengganu , Pahang ,Perak ,Melaka and Perlis.For Terengganu the reason for not going there because most of our players are not available.Although I make commitment to fly there with a young player but the other players still cannot make it on that date.

Looking through at the list of players and I know instantly that three teams looks strong to win the title.Penang ,Kelantan and Selangor are the favorite and I consider Sarawak have an outside chances to win.Dont forget team Kuala Lumpur captained by experienced Ismail Ahmad who is leading the youthful team.

Let take a closer looks at each of participating teams.

1. Negeri Sembilan. This team is a youth team and will not posed strong threat to any other teams.

2. Labuan.Is rather unknown players that may posed little threat to other teams

3. Sabah.To be careful with this team because any mistake will cause top team valuable points.

4. Johor.Surely Renitha is their weak points here when facing with top team but other team members should be able to hold.

5. Kedah.A rather balances team but favorite team should be able to handle them.

6. Kelantan.This is a surprise, a very longtime I don't see Kelantan players form a team.Azizul and Nasrul playing as team with Haq and Nik Farouqi.I guess they may pose serious threat to other team and their placing in the final ranking will depend on Azizul and Nasrul Humaimi performance.

7. Sarawak.I have a lot of experience with this team as Terengganu always play with them in MAKSAK event and I know how their play. Should be able to beat the weaker team but always high In fighting spirit.

8.Kuala Lumpur.Ismail Ahmad with this team and his resourceful young teammates, but I don't know Prabha maybe their weak points.

9. Selangor.Kamaluddin, Fairin, Abdullah Che Hassan and Tun Seri Lanang ( playing against home state?!).Who don't know them? They are the most likely candidate to win this event and should have not much difficultlity when playing with most of other team.

10.Penang.I always admire them for tradition of strong players and they always producing good results in team event.In the eighties and nineties Penang always be Terengganu very strong rival in team championship.They are there to win and only Selangor ,Kuala Lumpur,Sarawak and Kelantan are able to stop them.

My analysis base on my experienced as player and team manager for Terengganu where we managed to win best team in Merdeka chess champion few time and the 1991 state team championship in Sabah.(well that quite long time eh)Good luck to all of the players.

Posted by Muhammad Arshad at Thursday, December 24, 2009 No comments:

TERENGGANU NOT GOING TO SARAWAK

Terengganu pull out of team championship in Sarawak next week for not able to form a strong team.Most of Terengganu top players cannot make it on that week because of work commitment although the dates has been well anounced by the Sarawak chess association.

Your truly who committed to play with Mohd Khairul Nazrin have to cancelled our participant in the championship.Terengganu should be a very strong team if we are able to play.Host Sarawak provided board and lodging for participant team and pay their own airline tickets only which is very generous offer.

I wish all the teams good luck and thank you to Sarawak Chess Association president Mr Lim Kian Hwa.
Posted by Muhammad Arshad at Tuesday, December 22, 2009 No comments: 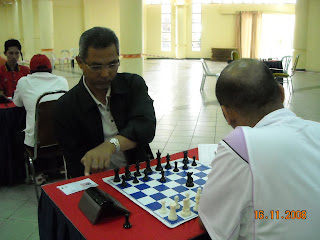 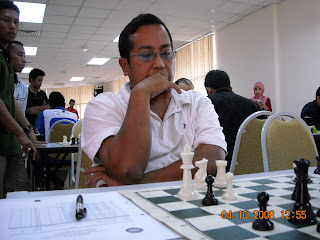 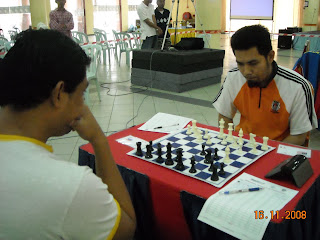 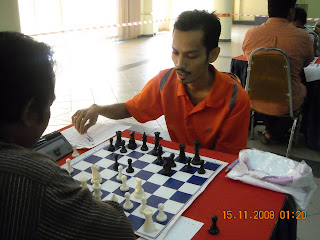 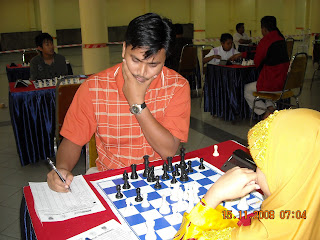